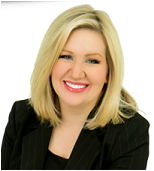 The Small Business Advisory Council is proud to host the fifth and final event in the Digital Marketing Boot Camp Series, on Thursday, February 11th. This event will feature a presentation by Emily Pantelides of Pantelides PR & Consulting on how to effectively manage your reputation.

For more than 10 years Emily Pantelides worked as a news anchor and reporter for a half dozen different TV stations across the nation covering everything from the Olympic games to breaking news.

Emily's experience with media relations and crisis management led her to become the media expert and spokesperson for a Fortune 500 company. Emily served as a highly trained media spokesperson, including on crisis communications teams. In her role, Emily was responsible for press training, developing and launching innovative media campaigns through traditional and social media channels and company reputation management.

Emily opened her public relations and consulting company, Pantelides PR & Consulting in 2014 to rave reviews and dozens of clients including the Florida Panthers and Perfect Vodka. Emily offers something in the area other PR firms don't, a direct connection to the media. Emily's success is simple. She knows what the media is looking for because she was media.

For Pantelides PR & Consulting, press coverage is a matter of a phone call to former colleagues and dear friends and you won't be able to find that in many other places.